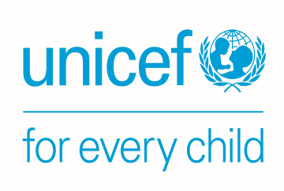 This project aims to provide, through a rapid impact assessment, an evidence-based description of the crisis impact on Lebanon’s state institutions and their capacity to sustain the public service delivery to citizens amid the current multifold crisis, to identify inherent risks and to inform the design of the policy response.

This project takes place in the context of a dire economic and monetary crisis that has eroded financial capital, destroyed the purchasing power of Lebanese citizens, shrined the middle class, deepened existing inequalities, triggered mass emigration and undermined prospects for recovery. The deteriorating situation was further exacerbated by imposed lockdowns to counter the spread of Covid-19 and the following Port of Beirut explosion.

The sharp deterioration in the provision of basic public services, such as extended electricity blackouts, water shortages, internet cuts, public hospitals running low on medical supplies, social security quasi-bankruptcy, etc. made day-to-day news headlines. This also had serious repercussions on security and stability and is expected to undermine long-term development gains. Furthermore, according to the World Bank, “mass migration, loss of learning, poor health outcomes and lack of adequate safety nets, among other consequences, would lead to a human capital catastrophe, from which recovery would be long and very difficult” (World Bank, Spring 2021).

Weak and disorganized policy response by the Government since the early days of the crisis has damaged any remaining trust in its capacity to mitigate the impact of the crisis and to put the country on a sustainable recovery path. The low preparedness and quasi-absence of a crisis management plan were significantly detrimental to the offset of the fast-developing and multifaceted crisis. The risk of seeing prospects for recovery and development totally wiped out is increasing, in addition to multiple risks threatening short- and medium-term perspectives.
Thus, this study was conducted to inform an effective policy response presenting a careful and in-depth understanding of the challenges public institutions are currently facing and that are threatening their very existence, in an effort to help strengthen state institutions and promote a state-led and transformative response to the crisis.

The project’s main output is a report that identifies targeted immediate actions and strong points that can support institutions in sustaining their delivery of vital services on the short and medium term, and until more comprehensive solutions are found.

By gauging the level of readiness of State institutions prior to the crisis, and their current capacity to maintain the roll-out of the six selected financial and administrative functions, this exercise is also expected to inform policy makers, the media, and donor community on the categories and levels of risk that institutional collapse beholds, and to document and voice the public administration’s concerns as to their capacity to pursue their mission.

The report is to be published soon.

In the absence of relevant data that could be used as baseline to accurately assess the impact of the crisis, qualitative and quantitative data were collected from ministries, public institutions and municipalities targeting six core functions:
1. Budget and planning
2. Procurement
3. Human Resources
4. Information Technology
5. Accounting and Financial Reporting
6. Service delivery

The first five functions were analyzed as inputs that have an impact on one specific output, that is service delivery to citizens.

A 6 thematic questionnaire was filled in by 70 public administrations and institutions. One hundred and forty-one (141) were officially solicited to fill it in but the response rate was 50%. In addition, 11 municipalities filled in an online surveys, allowing to draw trends and highlights from local development actors.

All central government respondents’ results were grouped and analyzed by function. Findings were reviewed by subject-matter experts that provided inputs on analysis and recommendations. Answers provided by municipalities were looked at separately and included for indicative purpose only. Given the small size of the sample of municipalities, it is to note that the responses they provided cannot lead to definite conclusions, and are highly dependent on the municipality’s size, geographical location, assets, etc.

After analyzing the results of the quantitative survey, focus groups were held with the respective representatives of 4 sectors allowing for a more in-depth discussion around challenges faced and the way forward. These sectors being:
– the health sector
– the energy and water sector
– the agriculture sector
– the social affairs.

This project is part of the “Enhancing Budget Transparency, Accountability and Inclusiveness in Lebanon” project conducted with Unicef.

Lebanon’s Public Procurement Reform Strategy was approved by the Council of Ministers by Decision no. 66 of May 20, 2022. This strategy recalls the reform needs in public procurement, states…
Download Learn More

This report presents the progress of public procurement reform in Lebanon during the first quarter of 2022. It highlights the strengthening of the national momentum towards the sound entry into…
Download Learn More

The role of the Lebanon Public Procurement Authority

A multi-stakeholder approach for improving procurement in Lebanon

In response to a multitude of challenges, both in terms of public trust and economic conditions, the government of Lebanon has launched an ambitious programme…

Arabic . Dedicated for Ministry of finance

How to manage public investment during a postcrisis recovery