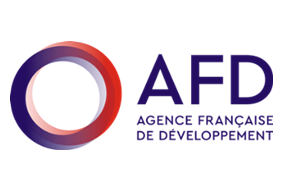 The Agence Française de Développement (AFD) is a French public development bank. It has been working for over seventy years to promote economic and social development in South countries and Overseas France.
AFD has been a partner of Lebanon since 1999 and has invested more than 1.1 billion euros in the country, taking actions to reduce vulnerabilities and assisting the country towards a more balanced and sustainable development path in a context of regional crisis.
AFD has adopted a new strategy for its action in Lebanon for the period 2021-2025. will be twofold: to help the country cope with the crisis on the short term and to lay the foundations for a State that serves its populations on the long term.
Its intervention will be structured around three objectives:
(i) preserving development achievements;
(ii) strengthening social cohesion; and
(iii) supporting the emergence of public and non-state actors for development.

Its financing will support actions in five areas:
– Equitable access to quality healthcare and treatment of psychosocial disorders;
– Equitable access to quality education and vocational training, as well as formal employment ;
– Improved governance to promote access to quality water and sanitation services ;
– Inclusive territorial development to promote population resilience and economic revitalization ;
– Support for economic and financial governance reforms.
Gender and climate will be two cross-cutting priorities in all its actions and all of the supported actions will be aimed at combating socio-economic vulnerabilities.

You can watch this #IoF_Talk now :

This report was commissioned by UN Women, with the support of the Institut des Finances Basil Fuleihan. It aims at analysing the Lebanese tax system and suggesting recommendations that ensure…
Download Learn More

This report is commissioned by UN Women, with the support of the Institut des Finances Basil Fuleihan. It provides a Gender Analysis of the Public Procurement Law in Lebanon 244/2021.
Download Learn More

French . Dedicated for Ministry of finance

Agenda 2030 progress in the Arab Region